This article was originally published at If a Tree Falls on October 13, 2014. 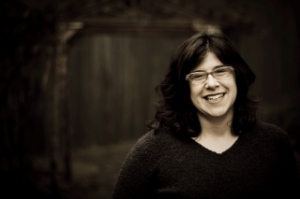 I’m betting that some readers here don’t really know what a producer does, let alone what an independent producer does.  Well, a producer gets films/TV/media, in general, made.  They do everything that needs to be done to get the story created.  To put it in more detail, they get the money together, the crew, do all the scheduling and budgeting, supervising, and hiring and firing etc.

A producer is essentially a project manager who also handles money and budgets.  They make sure every detail of the project is working, gets done, is seamless, and does not distract the director from creating his/her vision.  I see it a lot like being a parent or houserunner as I mentioned previously; it’s not easy but it has to be done in order for a quality (or even a not so quality) finished product.  Please keep in mind that on big films and television shows there are many levels of producers (an entire producing department) as there are so many little details to keep track of.

Independent documentary film is an entirely different producing animal.  Yes, the producer still has the same responsibilities on the project, but a lot of the time he/she is also acting as the director (usually, along with many other roles.)  In some cases, when there is enough money or enough on the back end, other producers come on the project.

In most cases, on low budget docs, the producer/director can also act as the editor/cameraperson/ and sometimes sound person as well.  This is not ideal as it’s a lot to handle.  “Wearing a lot of hats” is done primarily to cut costs, as I might have mentioned previously, media making is a costly endeavor.  However, other times it’s done because a filmmaker wants complete control over his/her vision and/or story.  That said, though, it’s incredibly difficult to make any type of video/film work on one’s own; there’s a lot involved in it and usually not everyone is good at each of  the skills involved.

Here is a list of all the skills one would not typically think is involved in being an independent documentary film producer but are a necessity:

– Writer (you will need to write countless proposals, descriptions, and summaries of your project)

– Business Person/Producer (hustle) (your film is your business and if you want to make any money on it or at least break even, you have to come up with ways to “monetize” it.)

-Accountant (keeping track of your costs and revenues)

Here are the more obvious skills needed to do independent documentary film work:

– Directing skills (the ability to have a clear vision of the story you’d like to be told, communicate and bond with crew to inform them of this vision, and bond and establish trust with subjects)

-Producing skills (the ability to get funds to make your vision a reality and hopefully, get a financial return or at least break even)

– Camera Person (the ability to shoot video/film of people in an artful, unobtrusive, manner)

– Sound Person (the ability to capture clear, crisp sound while still being unobtrusive to the subjects)

A lot of different hats indeed.  As you can see, one truly needs a lot of varied skills to bring their film into the light of day and have a large audience.  My many hats are off to all of you that are successfully getting your films done on small budgets and are getting them seen.  That in itself is a major, major accomplishment.

For myself, I did as many of these tasks as I could and hired people to do others with the little money I had.  I also neglected some and as such, my film suffered.  I don’t mean the quality of the film suffered, however.  By simply not doing some of these tasks or doing some poorly directly correlated to less people seeing the film.

Originally from New York, Jackie Weissman lives in Portland, Oregon where she works as a documentary filmmaker/freelance producer. Jackie received her MFA in film and video production from Columbia College-Chicago. Her award winning documentary, The Gorilla and the Piker, was featured on WNET, Channel 13 in New York, as a part of its Reel New York series. Rock N Roll Mamas, her first feature documentary, has shown around the world to sold-out audiences. Jackie has worked as an Avid editor and adjunct professor. She is a founding board member of Women In Film-Portland chapter and has been serving as Board President for the past two years. She recently started the blog, If a Tree Falls: Observations from an Artist-ish Introverted Extrovert.